AWP Dragon Lore: why it is so expensive and other interesting facts

If we’re talking CS:GO skins, the Dragon Lore is the real deal. Its status is almost legendary. The fame comes not only from the intricate, unique, and eye-catching design but also from the price factor. In 2018, one of the most desired AWP Dragon Lore skin variants was sold for a staggering price of sixty-one thousand dollars. Yep, that’s right. But why was it (and still is) so expensive? What are the factors that contribute to the final price?

What makes some skins so expensive?

To understand this phenomenon, it’s good to take a broader look at the CS:GO trading market. First of all, a general factor that influenced the skin prices, was a very important change in Valve’s policy regarding trading. In 2019, all the case keys were assigned to individual Steam accounts. Why is this fact so important?

In previous years, a case key sold at a flat price was the primary currency in the trade amongst most of the CS:GO players. But an unusual problem had occurred: more and more illegal organizations had decided to launder their dirty money using the CS:GO keys. According to Valve’s official statement, most of the case keys transactions from before 2019 were, in one way or another, tied to the international money laundering process. In this context, Valve’s move was perfectly reasonable and good for the fan community.

This decision had changed everything: from then on, CS:GO skins became the primary trading category on the CS:GO market. Since then, the skins’ prices sky-rocketed, even despite the fact that at the time the skin market cap was very high. In every business, there’s always some legendary product, the “golden standard” of high pricing – the AWP Dragon Lore is the greatest example of that in this case.

Rarity as the primary pricing factor

Within the CS:GO skin trading, the primary pricing factor is the uniqueness of a particular skin. No matter where you choose to trade your skins – the Steam Marketplace, Skinwallet or some other big or small third-party services – rarity is vital. There are a few levels to it,, as determined by Valve:

With such an intricate grading system, it’s clear that it’s one of the most important factors in skin pricing. There are also souvenir versions of them – and that famous AWP Dragon Lore sold for tens of thousands of dollars was, indeed, a souvenir. There was no other skin quite like it, with the same properties and stickers. That’s why its price is so staggering and, let’s be honest – legendary, even by today’s standards. 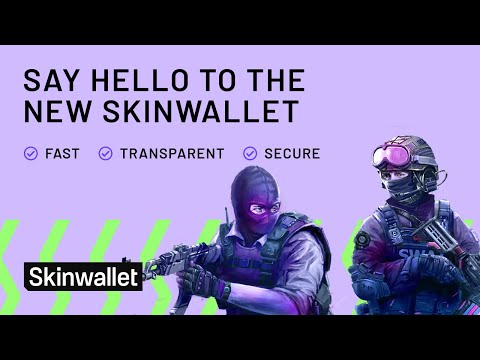 To make sure that most of the skins in CS:GO are all unique in their own way, the Exterior Quality grading system was introduced. It goes as follows:

By applying this system we can see the possible variants of what properties a particular skin may have. But let’s not forget that there’s a subjective factor to this too – the visual design itself, the color palette, the general style, and so on. The AWP Dragon Lore is no exception because its price can range from just one thousand dollars to tens of thousands of dollars.

But why is Dragon Lore specifically so unique?

The answer is simple – it was insanely difficult to drop this skin from a case. It came from the Cobblestone Collection in 2014, and it could be obtained only under very specific circumstances – in Major tournaments. The overall chance of dropping this skin was more than one in a hundred thousand, and the skin itself is impossible to drop today. It’s just like with old and rare coins – no one makes them anymore, and this fact alone is a huge factor that elevates the price.

Today, to get even the cheapest variant of the AWP Dragon Lore, you have to spend at least a few thousand dollars. Is it really worth that much money, though? Well, the market itself regards this skin as the most valuable one of all, and it has no significant competitors in the foreseeable future.

How to uninstall apps on a MacBook

How to uninstall apps on a MacBook

How to Improve Your Online Sports Betting Experience