John Ritenour: A Look Back at 30+ Years of Professional Growth

John Ritenour is the co-founder of Insurance Office of America (IOA), a full-service international insurance agency based in Longwood, Florida. Founded by John and his wife, Valli, in 1988, the company, as well as the Ritenour’s, have experienced a journey of growth and development over the past 30 years. From forging ahead with an innovative approach to creating a father/son legacy, John Ritenour’s professional trajectory has allowed the entrepreneur to shape a successful multigenerational business.

John Ritenour was born and raised in McKeesport, Pennsylvania, a small town on the outskirts of Pittsburgh. The city rose to national prominence during the 1900s as a center for manufacturing steel but experienced severe unemployment as the industry declined in the mid-1970s. Having been raised in a low-income neighborhood, Ritenour understands what life is like for the less fortunate.

From a young age, he knew he wanted more out of life than his local community could offer. In an interview, he recalled, “I [can] remember back to being 5 [or] 6 years old and walking with my mother and … pointing out buildings and saying, ‘I’m gonna own that.’ I even remember pointing out a bridge and saying, ‘I’m going to own that bridge.’ [It was] instilled in me early on that I wanted to be successful. [But] growing up where I grew up, there [weren’t] a lot of successful people. I grew up in the projects outside of Pittsburgh and not a lot of people got out … it was someplace where you were raised … [where] you raised your kids … [there were] generations of poor people.”

Driven by motivation, John Ritenour created an alternative path for himself.

While attending high school, the business leader met his wife, Valli, co-founder of IOA. Shortly after graduating, Ritenour went to work for a local steel mill, where he was reprimanded for working harder than the other employees. Seeking new opportunities, he jumped at the chance to work at his brother’s bakery. When that business started to struggle in the mid-1970s, Ritenour transitioned into insurance. Starting as a salesman, he became the company’s top producer within six months. By the late 1970s, he and Valli had started their own insurance business, which they sold a decade or so later when they, along with their son, Heath, moved to Central Florida in pursuit of new personal and professional opportunities. In 1988, the couple co-founded Insurance Office of Florida, which is now known as Insurance Office of America, one of the fastest-growing independent agencies in the United States.

IOA: Growing Through the Years

While working as an insurance salesman early in his career, John Ritenour discovered problems with the traditional company’s business structure – agents’ earnings were limited due to unforeseen commission caps and changes. Having a “work hard, play hard” attitude, he wanted to create an opportunity for those who were willing to put in the work to earn unlimited money.

With this mindset, Ritenour and his wife developed a new platform for running an insurance agency based on awarding hard workers with maximum earnings. Today, IOA offers sales representatives the ability to enjoy unlimited earnings potential. Additionally, employees are given a stake in the company. According to John Ritenour, this makes them work harder – and better. “They’re owners. They act like owners. That’s what makes IOA different.” It also makes the company highly successful.

The Importance of Inclusion and Diversity

The exponential growth of IOA over the past 30 years can be largely attributed to how John Ritenour operated his company. He not only focused on providing unlimited opportunities to his sales team, but he also recognized the benefits of inclusion and diversity and continues to promote these concepts within the workplace.

In 2020, Ritenour and his son, Heath, launched Growing Leaders from the Inside Out (GLIO), a program with customizable workshops that focus on maturity, self-awareness, self-acceptance, and accountability and positions IOA leaders to be more confident in taking their organization to the next level.

Benefits of a Positive Corporate Culture

The culture that the Ritenour family has established creates a positive environment for both salespersons and other staff. John has focused on being a strong leader based on four main principles:

This positive attitude has led the company to experience lower turnover, higher productivity, stronger creativity, and a solid reputation – all contributing factors to the immense growth of IOA since 1988. What started as a small company has grown today to more than 60 offices in the United States and Ireland. It has expanded from a three-person operation to one with more than 1,300 producers and team members. IOA was ranked 11th on Insurance Journal‘s 2020 Top 100 Independent Property/Casualty Agencies report and 25th on Business Insurance‘s 2020 100 Largest Brokers of U.S. Business list. 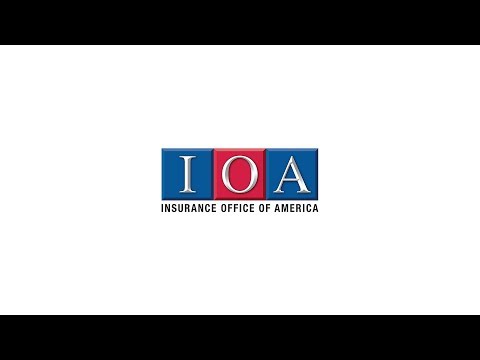 The company’s success continues into the 21st century. Continually seeking opportunities, John Ritenour looks at the operations around him and identifies innovative ways to promote both personal and professional growth. This unique way of thinking led to the creation of IOA Sports Partners, a comprehensive B2B solution that focuses exclusively on athletic clients. Due to the high risks associated with insurance for teams, leagues, entertainment venues, and associated businesses, solutions can be challenging to find. IOA offers innovative solutions through technology and expertise unlocking additional value found nowhere else in the business insurance space.

The ability to see opportunities where others might not is complemented by John Ritenour’s desire to give back to his community. A philanthropic spirit is at the heart of most successful businesses today. CEOs and leaders worldwide recognize the importance of helping local communities ensure a prosperous future for themselves and for generations to come.

“I’ve been so blessed both financially and with the people surrounding me, and I haven’t forgotten where I came from,” says John Ritenour. “It’s so important to give back. The best things I’ve ever done in my life were about giving back to people.”

Using his well-earned success to benefit others, Ritenour has established the IOA Foundation, a charitable organization whose goal is to help children from infancy to college. The foundation is involved in numerous initiatives focusing on education, health and wellness, social services, animals, children, entrepreneurship, financial empowerment and literacy, and mentoring.

John Ritenour’s years of dedication to his company, sales team, and family have allowed him to create an unforgettable legacy – and his efforts will not be forgotten. For nearly three decades, John Ritenour has been working with and mentoring his son to prepare for a leadership position – and in 2008, Heath was named CEO of IOA.

Ritenour stated, “The thing that I’m most proud of is my son. He’s done a great job [of] stepping into my shoes.” Heath responded, “My father is my most important mentor. He taught me more about life and business than anyone.” Ritenour continues to be his son’s mentor today as the company transitions to the next generation, and the legacy continues to grow.

Non-GamStop Casinos in the UK

Non-GamStop Casinos in the UK

How to Prevent Frozen Pipes?